In Mitrovica, a city in the northern region of Kosovo, the vivid memory of a war that ended in 1998 lays dormant in the city’s streets and bridges. The North and South are divided by the Ibar river. Several bridges connect the two sections, however, there are people who have never walked across them to visit the other side.

The Northern section is mainly populated by Serbs and the Southern, by Albanians. This extreme situation started directly after the war between an Albanian guerrilla group -the Kosovo Liberation Army (KLA), and the forces of the Federal Republic of Yugoslavia. This war lasted from February 1998 until June 1999.

Eighty years after the war and ten years after Kosovo self-declared independence from the Republic of Serbia, the north of Mitrovica continues to be run by the Serbian government. Sectors such as education and healthcare are governed by Serbia. However, other sectors, such as security or justice belong to Kosovo’s governing authority. A hybrid situation that remains in a state of crisis where language and culture barriers also confront its citizens, causing Serbians to feel oppressed.

Signe Borch, a Ph.D. researcher at Department of Social Anthropology at Gothenburg University and author of the report `In ‘no man’s land’: the im/mobility of Serb NGO workers in Kosovo´, explains some of the oppression Serbians in Northern Mitrovica feel.

Scenes of two parallel dimensions in the same town

Serbian flags fly in the North of Mitrovica.

Albanians flags fly in the South of Mitrovica.

Paradoxically, an Albanian graveyard located in the North of Mitrovica can be found in perfect condition.

In contrast, a Serbian graveyard located in the South which has been partly destroyed by the Albanians sometime during the conflicts in the last two decades.

Serbians are predominantly Orthodox Christians. In this picture: the Saint Demetrius Orthodox Church in the North of Mitrovica.

Most Albanians are Muslim. In this picture: a Mosque in the South of Mitrovica. 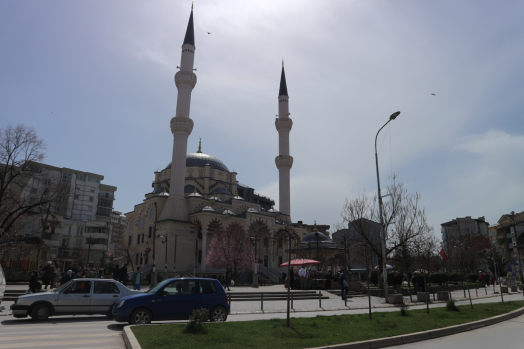 In the South, you can also find this Orthodox Church. A Serbian family lives in the house next door, with 24/7 security protection. A white security booth can be seen in the photo. A wire fence protects the access to the property. A Serbian religious island of sorts, located in the middle of the Albanian side of Mitrovica.

In the North, you can find the statue of Prince Lazar. He is at the heart of the Serbian identity due to his fight against the Ottoman Empire during the 14th-century invasion.

In the South, you can find the statue of Shemsi Arif Ahemti, the Commander Shemi, who was martyred in the Kosovo War. He holds the title «Hero of Kosovo». 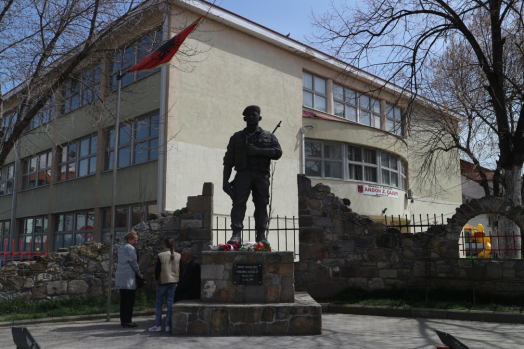 In the North, cars display the Serbian flag, and the same rules operate in the South. Photo: Milos Perovic 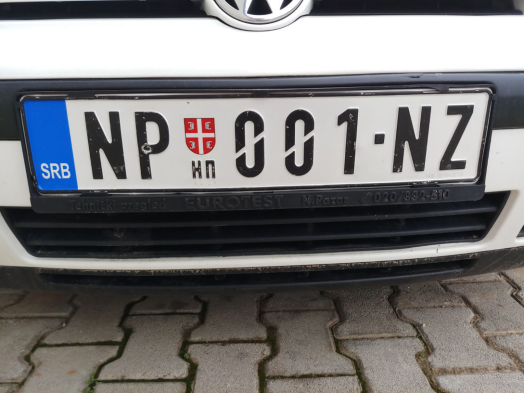 In the South, cars have license plates displaying the Kosovar flag. These cars cannot circulate in the North (at least not in complete safety).

A solution for some has been to drive without license plates in order to avoid conflicts. 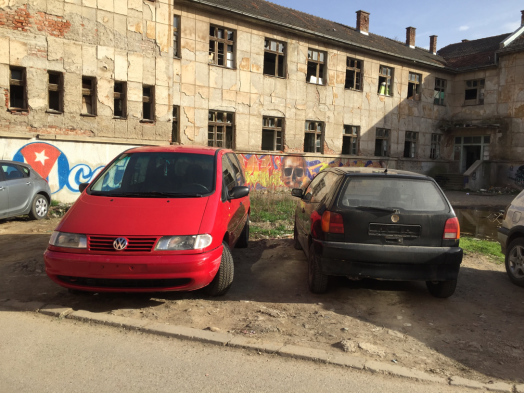 Another solution is to drive with a neutral license plate. Photo: Milos Perovic

All photos have been taken by Marisa López in the city of Mitrovica (with two exceptions taken by Milos Perovic).

This report was published on 4th April 2018 in Euroviews.